What is your average electric bill per month?

Solar energy systems are revolutionizing the way homeowners look at their power supply and everyday electricity needs. Since their commercial introduction in the early 2000s, solar panels have become 70% cheaper and incredibly more powerful. This evolution has offered a concrete alternative to using the grid as their primary energy source.

At the same time, solar panels are still an emerging technology and they come with some limitations. And, today, the most significant downside of investing in solar panels is that they often need to be connected to the grid or installed as hybrid systems.

Although expensive, energy storage batteries are a solution – but modern technologies such as the micro-grid created by the EnPhase IQ8 are changing the game of off-the-grid solar systems. Learn more in this guide or contact True Home Solar to get an EnPhase IQ8 for your home.

The Need for Off-Grid Capabilities

In the US, only 2.3% of the energy used comes from photovoltaic (PV) systems. However, solar panels and arrays have drastically improved the lives of the 60 million people – or nearly 20% of the population – who live in rural and remote areas.

However, the benefits of these systems go beyond helping rural households close their energy gaps. And, today, off-grid solar systems have exploded into a global $1.75 billion market that is not showing signs of stopping.

Millions of people in the US chose a life off-the-grid. This might be because of several reasons. For example, people living in ranches or homesteads in rural areas might not be well serviced by the local energy grid.

At the same time, the number of people interested in changing their lifestyle and living off-grid is increasing. Due to its accessibility and affordability, solar power is often the go-to renewable energy chosen by those who live off-grid.

Powering Your Home in an Emergency

Over the past years, extreme weather has taken a toll on the US infrastructure and power grid. And, in 2020, Americans spent an average of eight hours without electricity due to power cuts, cyclones, hurricanes, and ice storms – which is almost double compared to 2013 figures!

While a short power outage might be a minor inconvenience, it can also quickly turn into an emergency during a disaster or if one of your family members relies on assistive technologies.

That is what forces many solar system owners to invest in storage batteries to bank the power collected or maintain a connection to the grid. Alternatively, homeowners might use generators designed to supply power in the event of a power cut.

How Solar Panels Work: An Overview

In all the instances seen above and more, solar panels for home have been able to help people rely on a steady and reliable power source.

On a sunny day, your home solar power system can supply a continuous flow of energy to your property, fill up your storage batteries, and even give back to the grid to help supply energy to all consumers at peak electricity usage times.

Residential solar panels do so by harnessing the power created when photons (particles of light) hit the atoms in the solar modules, thus knocking electrons free and causing movement. This energy is then converted into electricity and fed into your home’s electrical system to power appliances.

While highly efficient, most solar panels still require to be connected to the grid to maintain a steady flow of electricity at night-time, during an emergency, or on an overcast day.

The Benefits and Limitations of Backup Batteries

For those who do not wish to be reliant on the grid, the most common solution is to invest in storage batteries. Batteries allow homeowners to make the most of summer or sunny days and bottle up enough energy for all appliances and electrical devices to keep running even when the solar power array does not supply enough energy.

At the same time, storage batteries can be extremely expensive. The cost of attaching batteries to your solar panel system can vary depending on how much energy you need to store to power your house.

However, they can range from $5,000 to over $7,000, but they can be as expensive as $14,000 – which, in some cases, is the same cost of the solar panel array! And, these estimations do not account for all associated costs, such as installation, maintenance, repair, and replacement.

Because of this, the return on investment on your solar panel system can be lower – and it can take you longer than 10-20 years to break even!

Due to their cost and associated expenses, solar energy batteries are not within the reach of homeowners. However, this does not mean that you should not rely on a stable source of electricity for your home in New York or New Jersey if you decide to live off-the-grid.

Thanks to new and emerging technologies – such as IQ8 microinverters by EnPhase – you no longer need to connect to the power grid to benefit from continuous energy.

What Is IQ8 EnPhase?

EnPhase IQ8 is a smart component of your solar panel system. It interacts with your array and monitors your power usage to understand what your electricity needs are. By doing so, it can also optimize the efficiency of the solar modules and adjust the electricity based on the available sunlight and solar capacity.

In turn, the IQ8 microinverter can create a microgrid with your solar panel system and keep your house’s appliances and electronic devices running even during a power outage – if there is enough sunlight!

An Endless Range of Configurations

At True Home Solar, we understand the importance of investing in solar power for your home with a reliable backup infrastructure that is dependable and scalable.Installing an IQ8 EnPhase microinverter is an excellent solution to add a low-cost solar power generator for homes that works even during a power outage, or a grid cut.

However, every home is unique – and so should be the power system it relies on. That is why the IQ8 comes with several configuration possibilities to scale up your home’s power output and maximize excess energy. They include the possibility to form a microgrid for your home, as well as connect a range of storage batteries to store power in excess.

Thanks to its software-defined functionalities, the IQ8 EnPhase can also work as a “smart switch” able to continuously adjust the solar modules’ capacity according to your needs and usage.

At True Home Solar, we believe in the power of solar and the potential this technology is yet to show. Today, solar systems have come a long way since the prototypes commercialized in the early 2000s.

However, some limitations are still present. Innovative technologies such as the new IQ8 EnPhase released in December 2021 can help you find the right solution for your budget and needs. Contact our team of experts today to integrate a next-generation inverter with your solar system. 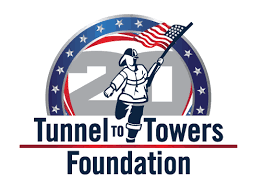